EVs have a range loss of close to 20 percent in winter conditions and charge slower, concludes Norwegian consumer organization.

The Norwegian Automobile Federation (NAF) has tested the range and charge time of popular electric vehicles in winter conditions. 20 vehicles were driven until they stopped completely and shut down, to measure their real world range.

Electric vehicles are increasingly more popular. Range is still an important factor when choosing an EV, but advertised range is not necessarily what you get in real life.

The fact that EVs suffer some loss of range in colder temperatures is not new. But NAF wanted to measure just how much colder climate and snow affects range, consumption and charge time.

The range and consumption of electric cars sold on the European market is determined by a test cycle called World Light Vehicle Test Procedure (WLTP). The WLTP procedure is used to type-approve all cars, and is partially performed in a laboratory. In addition, the cars are tested on a 23-kilometer stretch of road. The test is carried out in summer temperatures.

As with all test cycles, WLTP is only an indication of range and consumption. What you exerperience on the road is another matter. 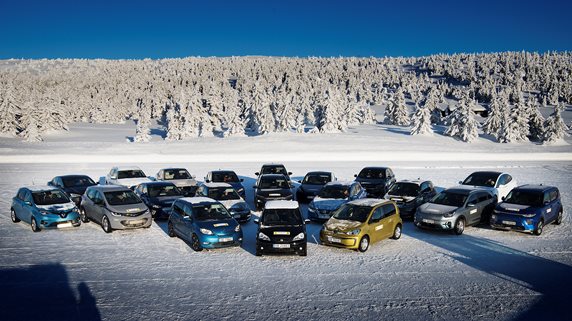 NAF collected 20 of the best-selling electric car models you can buy from Norwegian dealerships as of January 2020.

The test focused on range, consumption and charging time. To test all the cars equally, the test drive was performed without preheating of neither cabin nor battery. All cars drove the same route on the same day, with similar style of driving, and climate control settings.

The test route consisted of city driving, highways and country roads in speeds from 60 kmh (37 mph) to 110 kmh (68 mph). All the cars had one climb through a mountain pass. The longest running cars climbed two mountain passes.

Cars sold in Norway might differ from other European markets. Some cars are sold with winter edition equipment, with heat pump, battery insulation and possibility of preheating. Althoug preheating was not used in this test, other differences in equipment might affect the winter range.

The EVs lost in average 18,5 percent of their range compared to their WLTP range.

Hyundai KONA came closest to its own stated WLTP range, with a deviation of only 9 percent compared to WLTP. KONA is the car with the longest actual range in the lowest price ranbracket and it has a decent charging speed.

Opel Ampera-e only managed 70 percent of the stated range (WLTP). The car still has a good range that meets most needs. But the combination of a high price and a battery pack that only charges with a maximum of 50 kW, makes Ampera-e appear outdated in today's electric car market.

The Tesla Model S LR has the longest WLTP range on the market. In the real life range test the Model S went the furthest. The Tesla veteran has the second-largest deviation compared to the WLTP range in the test, and manages only 74 percent of the stated range.

Worth noting is that the Model S, at the end of the test, drove in more challenging driving conditions than the other models. The last miles were driven in relatively deep, new snow which increase the consumption severely. 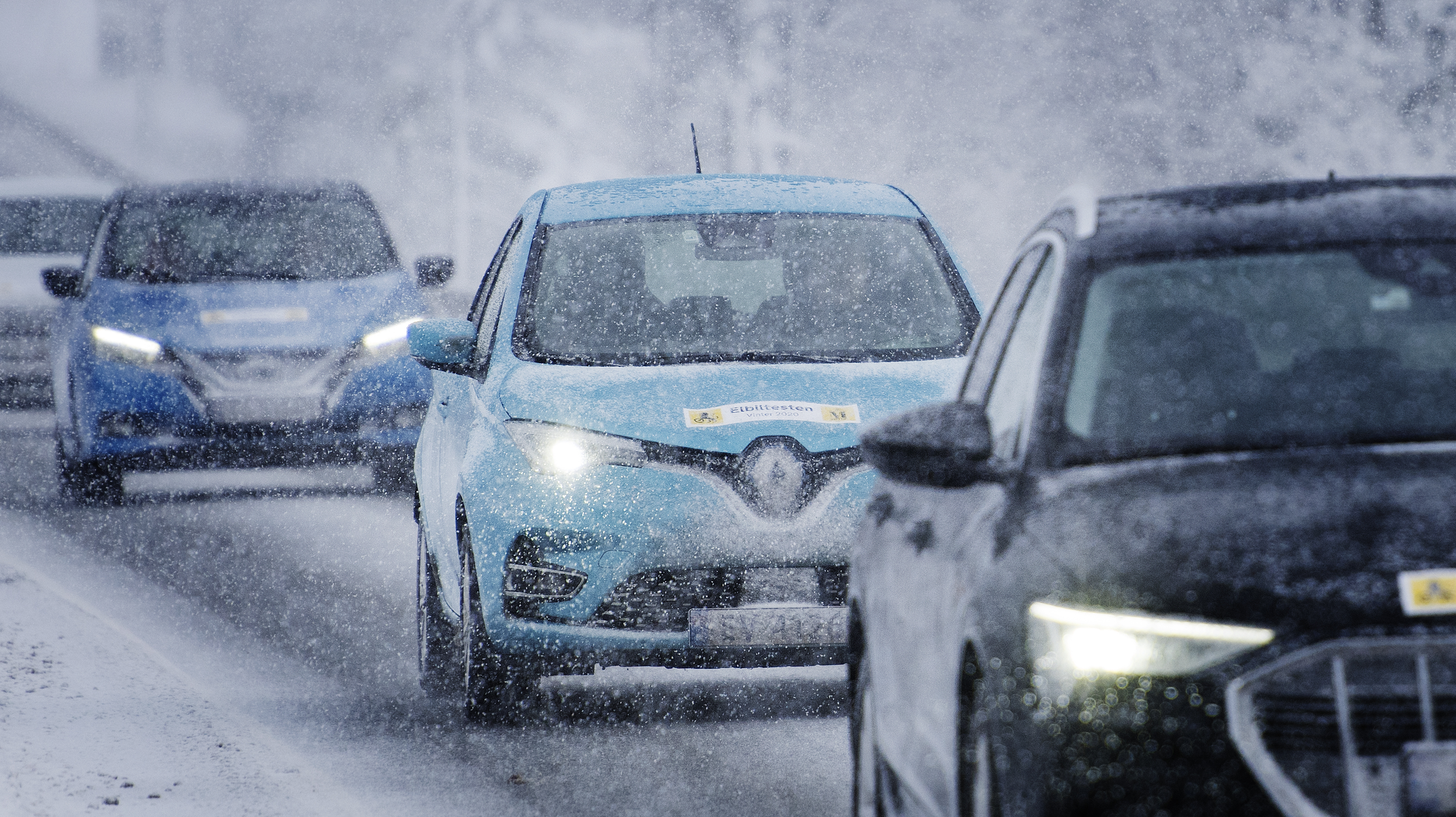 Twenty electric cars were driven in a winter range test on Norwegian roads.

Contrary to popular beliefs, EVs don’t just suddenly shut down when they run out of battery.

The test shows that all the EVs give plenty of warnings before they run out of power, and you maintain driving comfort and speed even after the first warning.

The test shows that most EVs maintain speed until the last few kilometers. Then the drivers all experienced a loss of acceleration and a limit on maximum speed. In some cars the heating automatically shut down.

A fun fact worth knowing is that  if you run completely out of power you can still drive a few more kilometers. Just shut the car down and leave it for a short while, maybe half an hour to an hour, and you’ll have power enough to drive even a few more kilometers. This is extremely practical if you happen to stop just a few hundred meters short of a charging station or your home.

The test team also measured the rapid charge, focusing on effect and time.

Rapid og fast charging with roadside chargers of an electric car is not necessarily straight forward. Charging speed, meaning how many kilowatts the battery can handle, depends on many factors such as state of charge, battery temperature and outside temperature.

The charge test was done after driving on the highway for a minimum of two hours, to ensure that the battery was warm. The cars were driven straight to the charging station, without standing in line waiting. All the cars charged from less than 10 percent to minimum 80 percent.

The test concludes that even if you do everything right and, it can still be difficult to get the battery warm before charging in winter time, it will therefore charge slower than advertised. 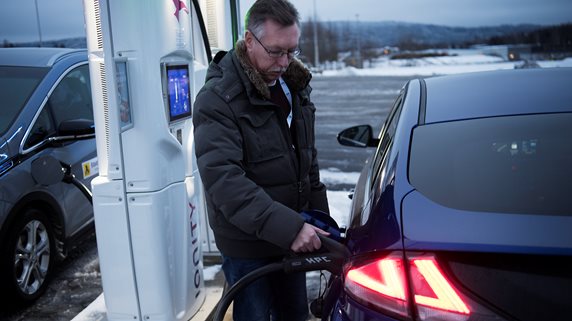 Drive for a couple of hours before you charge – so the battery is warm and will charge faster.

All electric vehicles charge differently. We refer to charge curves to illustrate how the cars will charge.

Most important factor for consumes to know is that although a car in advertised with a certain effect (kW), it does not mean that the battery charge with that effect the whole time.

Most cars need some build-up time to reach their maximum effect, before slowly decreasing the effect towards 80 percent state of charge.

The charge test was done after driving on the highway for a minimum of two hours, to ensure that the battery was warm. The cars were driven straight to the charging station, without standing in line waiting. All the cars charged from less than 10 percent to minimum 80 percent.

The Audi e-tron 55 quattro has the fastest charging speed on the market. It charged to 80 % in just 27 minutes and holds a steady charging curve at a very high level throughout the test.

Tesla Model 3 is in its own league when it comes to charging. We reached almost 200 kW on an Ionity network charging station, and the M3 charges to 80 percent in 35 minutes. Considering the Model 3's low consumption this is one of the EVs that lets you travel long distances the fastest.

In the opposite end we find Opel Ampera-e and Renault Zoe. Both cars have large battery packs but only support 50 kW charging. In fact Renault Zoe only manages 40 kW, and barely that. This means that fully charging the battery on a rapid charge station becomes a time consuming affair.

How to read the chart

The cars are gouped together according to effect, those that can carge with maximum 50 kW and those who can charge with more than 50 kW. The charts below show the effetct the cars acieved during the test, and how long it took to charge to 80 percent. Hover your mouse over the chart anc click to see details for each car.

Individual tests of each car (in Norwegian)

Click on the car model below to find extensive information about each car in the test. Use google translate to read the article. 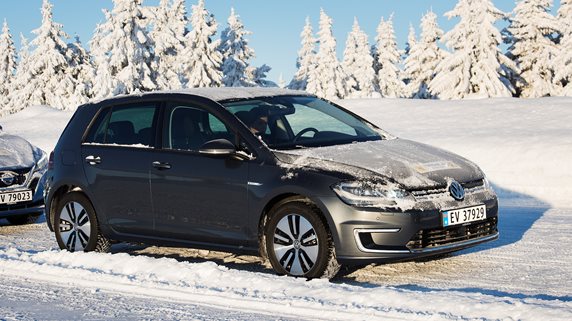 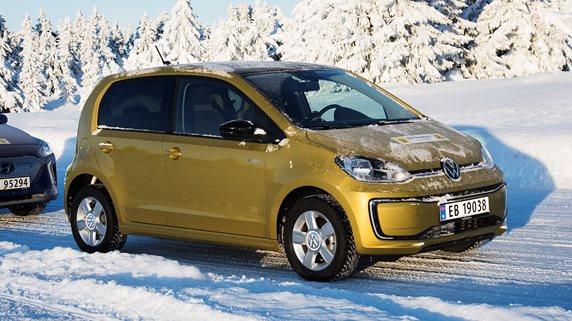 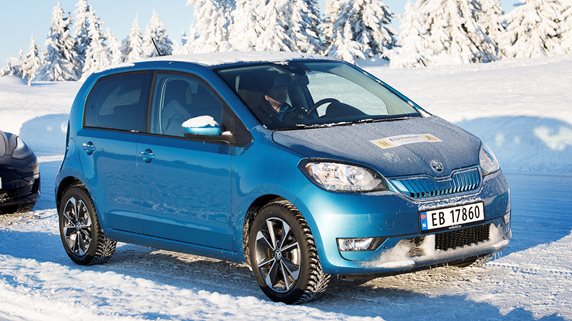 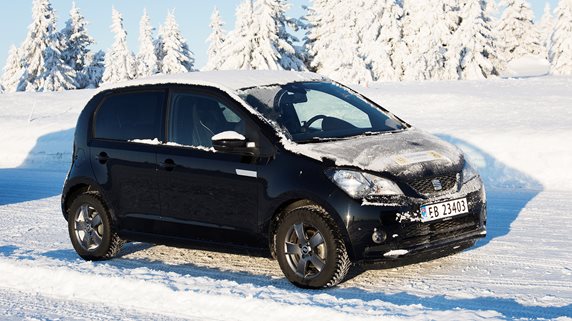 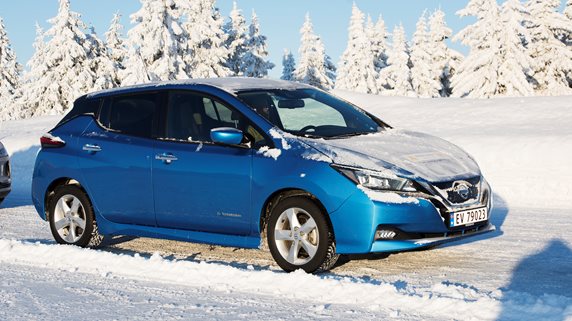 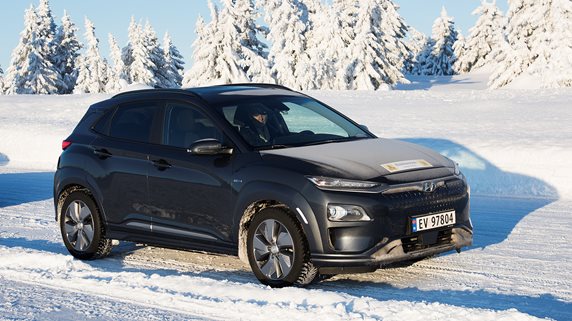 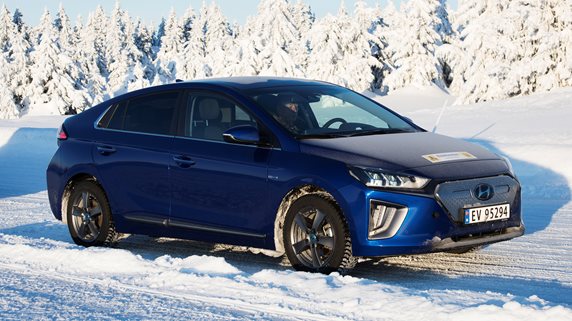 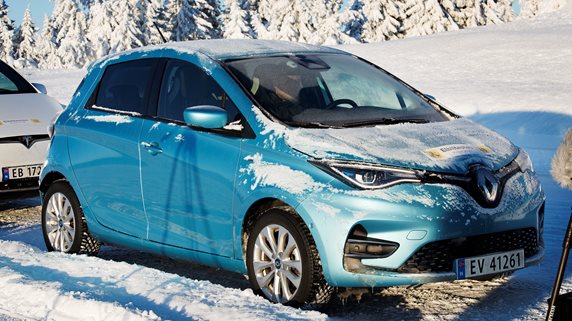 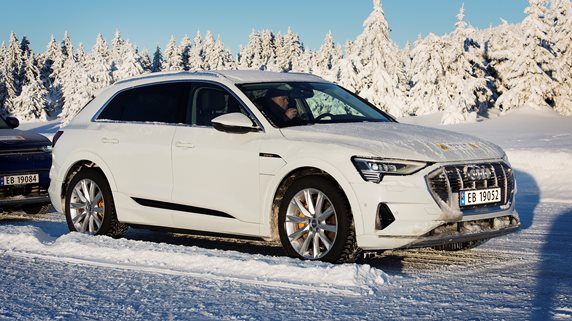 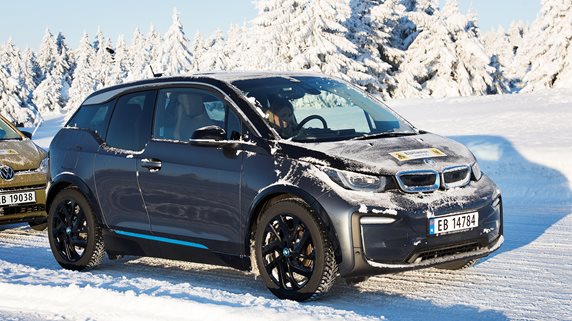 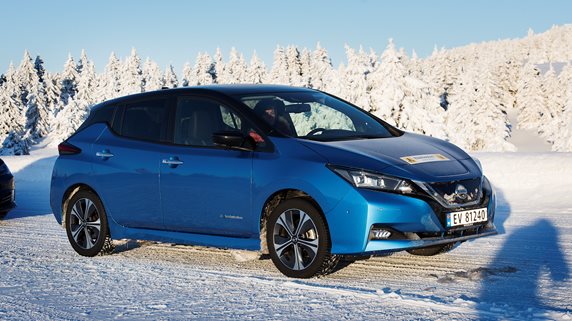 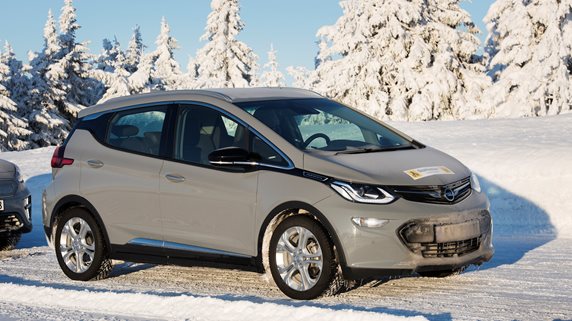 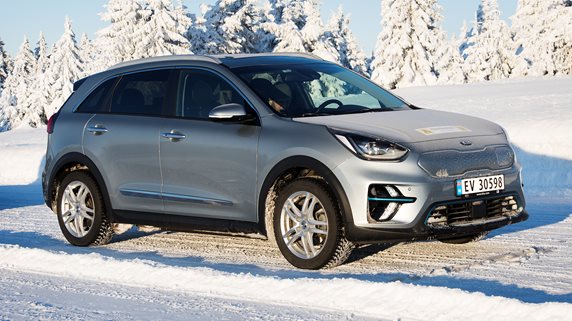 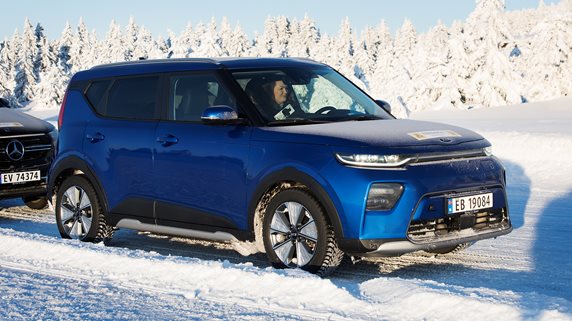 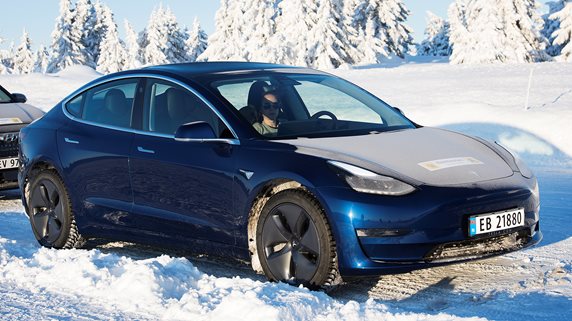 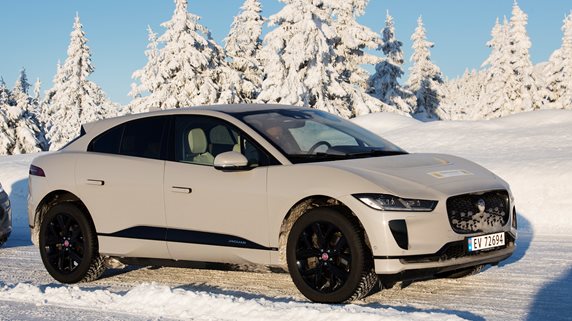 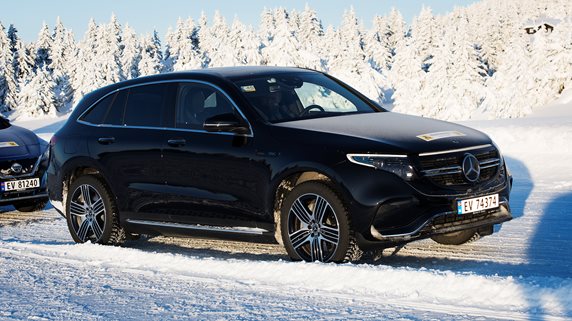 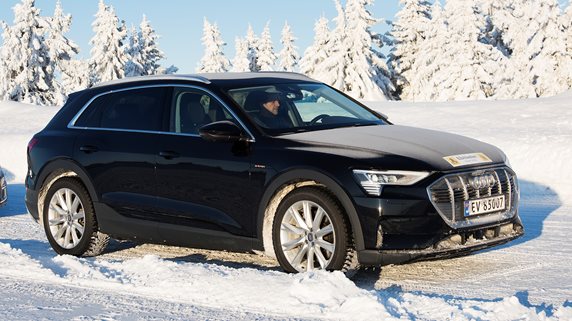 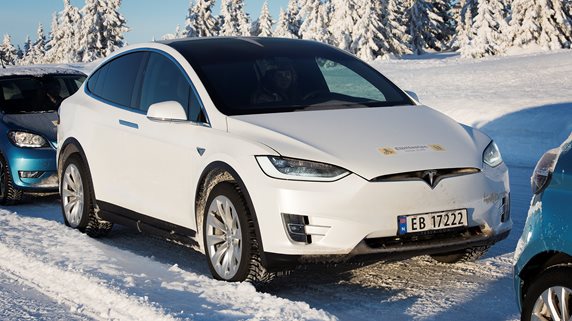 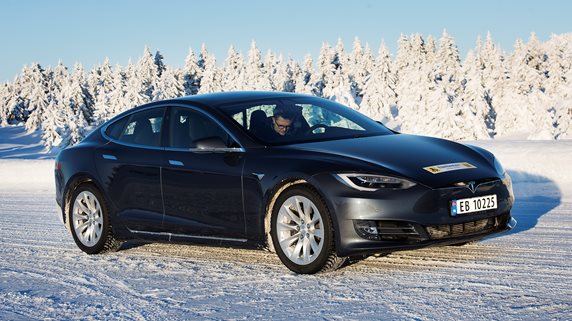